Some residents are unaware of the three boards which oversee the functioning of Kendal.   Three governing boards manage the affairs of Kendal: 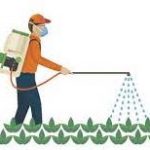 Casey Groff wants us to be aware that, weather permitting, contractors will be onsite on Friday and Saturday (6/23 and 6/24) spraying herbicides in all KCC meadows. The application is an effort to manage/suppress any number of invasive broadleaf weed species.  It is all site/community specific.......

Because of the July 4th  holiday trash and recycling collection will be delayed by one day.  Republic Services 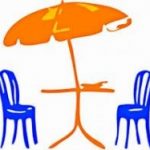 This is the 2nd in a series of meet & greet sessions at Kendal with Lisa. Put the dates on your calendar.......

This is a new addition to the Summertime with Lisa schedule. Held at Cartmel, why not go over and visit? For other dates....

This is the 3rd in a series of meet & greet sessions at Kendal with Lisa. Put the dates on your calendar.......